Hellbound, This is a web series from South Korea. What will happen when you get to know the time of your death from an Angel, and it turns out to be true? Yes, in this web series, people get a future prediction of their death, in which they are killed by three devils on the given time and date, and they are sent to them in hell. What happens in such a terrible and violent series? so today we are going to know about the story and cast of this series. 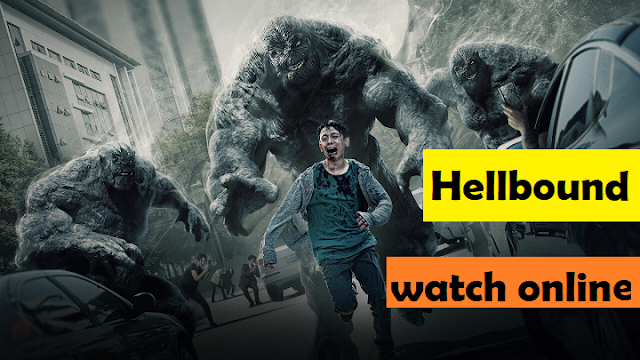 this web series is full of Crime, Drama, Fantasy, Horror, Mystery and Thriller, you will find a story in which people are told about their death. Our senses will be blown away after hearing this. So this awesome story has been written by Sang-ho Yeon. He is also the director of this series. Along with him, Kyu-Seok Choi also helped in writing this series. This series is released on November 19, 2021 (United States).

Hellbound web series is a better series, in which the punishment for the bad karma of the people give them hell. These events are spread all over the world by giving the name of God Act. In this web series, you will get good and different concepts along with logic. There are 6 parts of this series, in which the characters appearing in the lead in the first three parts completely disappear from the next three parts, and in the next three parts you will see new actors in the lead role. The story is very dangerous and terrifying, which later takes a violent form. You will get to see full mystery and drama in this web series.

The story of Hellbound begins in a cafe, where Jin Soon, ahead of the New Truth Group, is telling people about the strange happenings in the world. A person in his cafe is very scared and is repeatedly watching the time on the mobile. As soon as that time is up, there three Death Devils come and attack him. He runs away from the cafe, but the devil kills him very badly. There an officer is sent with the team to do the investigation, but they do not find any evidence of murder.

Through live streaming, Jin Soon told to people that this incident is a god act, which makes something bad in their life like murder, rape etc. By giving death predictions to those, the devil kills people and send them to hell. A lady then gets a death prediction from an angel on her birthday. That live incident was captured on camera by his son. She goes to Jin Soon for help. Where he is asked to do live streaming of her death, and that lady is offered money. They agree. The next day the lady is told by Angel that the time runs out, and the Death Devil comes to kill her. There that officer goes to save her but fails. Seeing the live streaming of this incident, people believe in God's act, and all are locked in their homes due to fear. But Jin Soon, by live streaming, tells people to start life as before and asks them to do good things in life. Many such people get death predictions, and they die. People who got the death prediction started looking at him with the wrong and suspicious eyes, and start harassing his family. Due to this people start hiding their death predictions from the world. Which Jin Soon also lives, who gets death prediction 14 years ago.

He only tells this to the officer when his time is about to run out. By not telling this thing to anyone, it tells me to hide my dead body somewhere. The officer agrees because, after his daughter has burnt her mother's murderer to death, Jin Soon has a video of that crime.

After Jin Soon, a small newly born child gets a death prediction, who is admitted to the hospital. Due to being in the ICU, his father is unable to see him and due to the condition of that child being very bad, the sister there tries to make her father join her by making a video call. She is then caught on camera doing angel death predictions. Only then does the father of that child believe that there is something wrong and there is no punishment or God act for evil deeds? He wants to make that child's video of the prediction viral, so that misunderstanding and fear can be removed from the minds of the people. But this is not acceptable to a cult-like the new truth, because it will make people believe in the events of God's Act told by them for many years. Those sect people try their best to kill that child and its parents. But do not succeed. But that child's time ends and the devil comes there to kill him. But the parents of his child keep him between them, due to which both of them get burnt, and that child is saved. That officer also tries to know the truth of these incidents. So here the story ends. But the biggest question is left that, after the survival of that child, his parents who were killed will be alive again or not?

You can watch the Hellbound web series by visiting Netflix's official site with a Netflix subscription.